.Bla bla Things About Me.

SeorangPrempuan
I thought I'm just gonna say that I'm a simple girl in this complicated world, but I think it's just what I want to be - a simple person.

Few weeks ago, Me and Mr Chubby visited Blok M Square for some errands. I remembered one of my friend love to eat at Little Tokyo. It was filled with so many japanese restaurants / izakaya. After some googling, I read about Ajihara. As one of the oldest japanese restaurant at Jakarta, I was intrigued to try it. My friend said, most of all restaurants there were good, so no need to rush. So I thought I'm gonna end with any restaurant that took our attention. 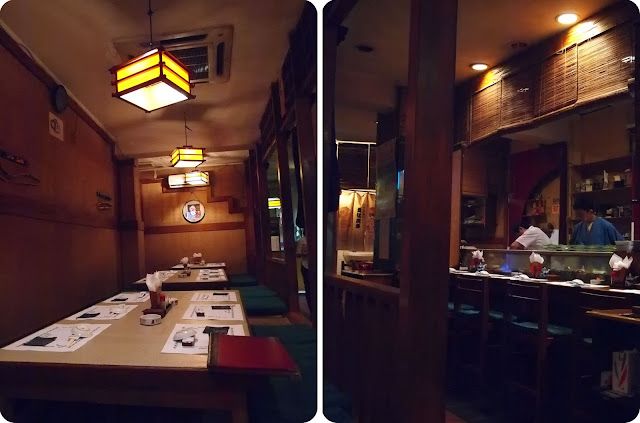 Until I saw the signage. It's located on a very small building, only 2 floors, I think it's half of normal ruko size we usually found. The building condition itself was kinda scary, I'm scared it gonna collapsed haha :P But upon entering that place, I feel liked it's not Jakarta anymore. The big cupboard with many old comics, the tatami, the wall, the bar, the tv (Japanese channel of course), the patrons (we are the only Indonesians), and eventhough the old building's smell was there, I feel relaxed. It feels like we're being transformed to Japan already :P 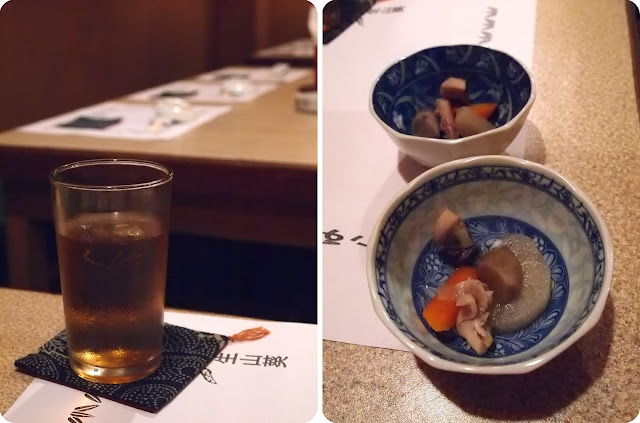 The menu was very hard to read, all of them were in japanese name and no picture. Thank God there's a small menu that showed us popular items and has pictures in it. After placed our order, we were given hot towels and a bowl of vegetables and meat. Okay, I think it was the BEST vegetable I ever had. It's sweet and still crunchy, and super tasty! If my mom can cook vegetables like this, I'm gonna be a vegetarian since childhood (I think). 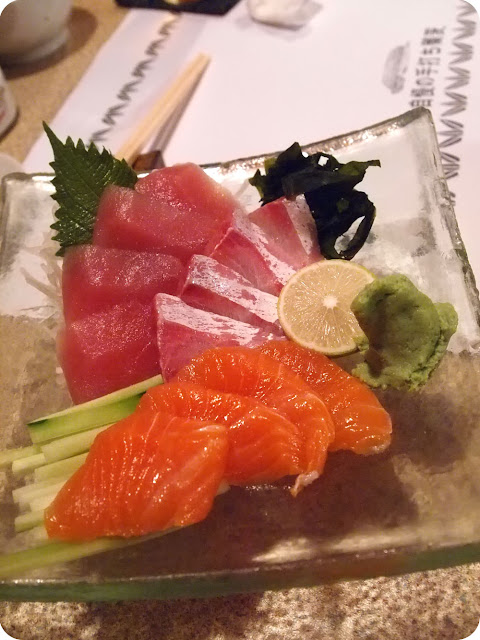 We started with some Sashimi, 88K. It was fresh and my favorite of course, Tuna (I think it's akami but it's okay for me :P). Too bad they don't have hotate (scallops) that day, and I completely forgot to order some saba (mackarel). 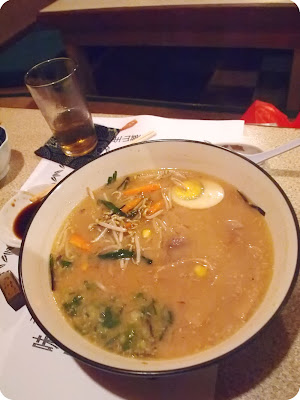 Mr Chubby ordered Miso Ramen, 60K. It was super huge! It's salty and tasty, if you're a miso lover you should try it! 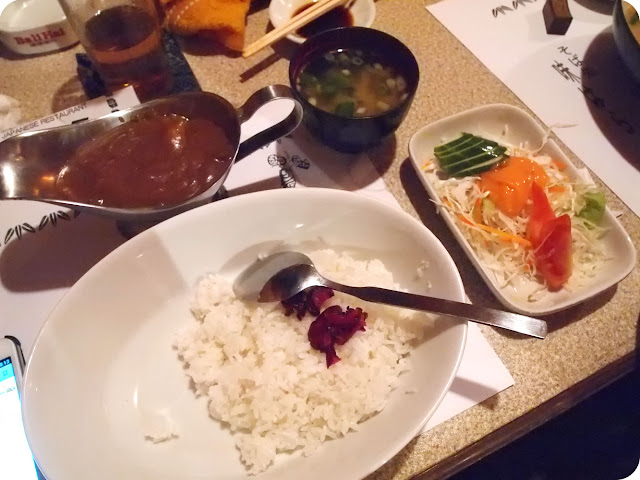 I ordered their Curry Ramen, 50K. It came with a bowl of miso soup and salad. It was the best curry I ever had! Damn it was so good that I polished it all in minutes! 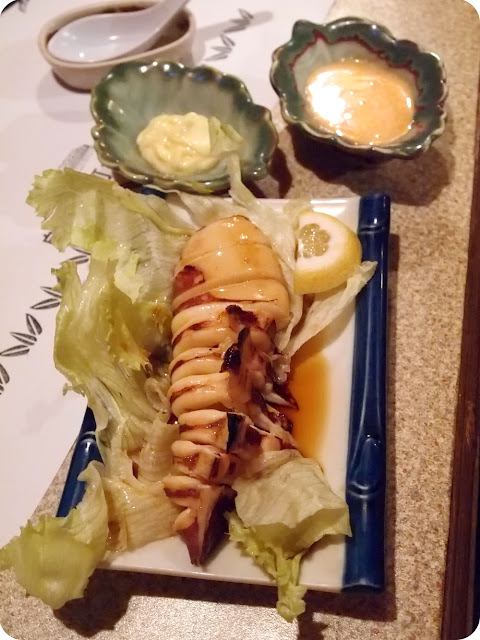 As if we're not satisfied enough, I ordered a Ika Shoyu Yaki, 42K just because I had grilled squid the night before and it was so good :P It took a while for this one to arrived, but it was all worth it. I found it's quite different than the usual grilled squid I had, it was drenched in shoyu and served with 2 different mayo. The light orange one was spicy, and I totally loved it. I went to food coma after this squid, I can still remembered the taste on my tongue...yumm yumm...

Finished with a full belly and I thanked myself for not ordering any beers (it easily fill you up) although the asahi beers tempted me :P

Btw, start from 22 Dec 2012, they will move to the Kemang area. I'm quite sad inside, because it quite sad to see this historical building will be left (and demolished I think, judging from the condition), but I'm also happy because I won't scared the ceiling will collapsed when I visit, which will be happen very soon I think! ;)